This will be one of my simplest and yet powerful newsletters. If you want to learn about the product discussed and the few companies that have this unique rider, simply e-mail Email Us“>Email Us.

Who traditionally buys 2nd-to-die life insurance policies?—married couples who want a death benefit to pass to their heirs at the death of the 2nd parent. 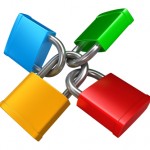 How many trustees of ILITs wish they had a policy that paid before the 2nd parent’s death? LOTS!

It’s great that parents buy life insurance policies in ILITs to pass wealth to their children or other heirs upon death. However, times have changed; and there are thousands of ILITs with 2nd-to-die policies in them where the beneficiaries could use the money before the 2nd parent’s death.

Until the advent of 2nd-to-die policies with 1st-to-die riders, the only option an ILIT had to provide a death benefit at the first parent’s death is to surrender the 2nd-to-die life policy and buy two policies on both parents (which is expensive and one parent may no longer be insurable). (And FYI, the product I’m discussing in this newsletter will underwrite the policy even if one insured is totally uninsurable).

I’d like to make myself sound smart by making this really complicated, but it’s such a simple and yet powerful concept that I can’t.

Example: Married couple both age 65 with one rated as standard and the other as preferred for underwriting. The goal is a sizable death benefit to be passed to the heirs upon death. Normally they would have purchased a traditional 2nd-to-die policy in an ILIT.

It should be noted that the 1st-to-die rider policy will have a premium that is slightly higher than one that doesn’t. This makes sense in my example because I have the exact same death benefit and because there is the potential for the insurance company to pay part of it years earlier in the event of the onset of a serious injury or accidental death.

Just about every buy/sell agreement should have insurance on the owners so that when one dies the others have the money to buy him/her out. Thinks of a classic two-owner business where one owner is 10 years older than the other. The younger owner buys insurance on the older owner and vice versa. The problem is that the premium on the older owner is significantly higher, and the younger owner gets the short end of the stick when it comes to buying that policy.

With the 1st-to-die rider on a 2nd-to-die policy, the partners can buy one policy insuring both their lives knowing that at the first 1st owner’s death a nice death benefit will be paid. Because 2nd-to-die policies mainly underwrite based on the younger and usually healthier insured, the cost will be much less than buying two separate policies.

If you are selling death benefits to parents who are looking to pass wealth to the next generation, don’t just default to using a 2nd-to-die policy. Introduce a 2nd-to-die policy with a 1st-to-die rider and I think you’ll be pleasantly surprised at the response.

Also, if you want to pick up several sales of these types of polices, find clients who have ILITs with traditional 2nd-to-die policies in them and suggest that they look at 1035 exchanging the policies for a policy with a 1st-to-die rider. I think you’ll have significant success with this approach.