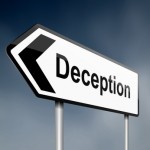 Are you irritated by your obligation to continue to make alimony payments, when your ex is blatantly violating the terms of your Marital Settlement Agreement by cohabitating in a new relationship? Does it frustrate you that spousal support will be awarded to your soon-to-ex, even though your spouse is in a financially supportive new relationship? Of course, it does! So, you are determined to fight. You hire a private investigator to stake-out your ex. You interrogate your family and friends about your ex’s whereabouts. In the worse case scenario, you even involve your children, asking them to “spy” on your ex. It becomes an all-consuming task, draining you emotionally and financially. In the end, most claims become a he said/she said tussle, with the strongest evidence in the hands of the person(s) least likely to cooperate.

Consider “Bob,” who has been separated from his wife, Belinda, for 2 years, while the two endure protracted litigation over equitable distribution of their marital estate, child support calculations, and last but not least, the calculation of spousal support. Belinda worked as a bank teller before they got married, but soon left the workforce to raise their three children. Since their separation, she has invited her boyfriend, “Kirk” to live with her, though she insists he only visits on weekends, lives with his mother, and is not contributing to her household expenses. She wants permanent alimony, and has no intention of returning to her old job. “Fred” is in a similar situation, except that he’s been divorced for three years and has been ordered to pay alimony to his ex-wife, “Doris,” until she remarries, dies, or cohabits with another member of the opposite sex. Doris, though she vehemently denies it, has been living with her unemployed boyfriend for almost two years. He hides his car in her garage, and slinks in and out of her house every morning, so as to avoid any peering eyes of investigators. Fred is aware of what’s going on, but when he confronts Doris, she laughs in his face and says, “prove it.”

Well, with the availability of cell tower location data, you can level the playing field without breaking the bank. Here’s how you can do it:

1. Contact your divorce attorney and request that copies of your former spouse’s cell phone records (and/or the records of the person living with your former spouse), to determine his/her location at all times, night and day, for months at a time;

2. Engage someone with expertise in evaluating and interpreting the data, and who can create demonstrative charts for use in court.

3. Upon receipt of the actual cell tower location records, have your expert analyze the data and explain to you and your attorney what the data shows; and

4. Use this information to support your claim that your former spouse is cohabiting and should have alimony denied or terminated.

What Should You Be Prepared For?

• Be prepared for the typical, defensive retort that this data doesn’t prove a person’s whereabouts [“Just because my cell phone is there doesn’t mean that I was there, too!”] Simply reply, “Really? Is that the credible position you’re going to take?”

• Be prepared for the posturing “This data is private and you can’t get it!” No, it’s not. And yes, you can.

• Be prepared to educate your attorney and maybe the Court, about the utility of this data in streamlining your dispute with purely objective, inexpensive, and readily-available data. More importantly, because it can be easily de-identified, does not require the disclosure of content, and is tantamount to a business record, there is no reasonable argument to prevent its discoverability.

Cell Tower Location Data has been used in criminal cases for many years, and is now making its way into Family Law courtrooms all over the country. As a complement to traditional forms of private investigation (video surveillance, for example), which can be cost-prohibitive and limited in scope, cell tower location data can be leveraged to validate prior testimony and support claims otherwise too difficult to prove.