Home Does Mortensen send Domestic APTs to the Morgue?

At last, a domestic asset protection trust statute has been challenged in the court system. Alas, the result was not as hoped.

In re Case No. A09-00565-DMD Mortensen is the long-awaited “test” to the evolving domestic asset protection trust landscape. In short, the trust was voided on the basis that the transfer of property to the trust was made with the actual intent to hinder, delay, or defraud creditors in violation of the Bankruptcy Abuse Protection and Consumer Protection Act.

First, a few facts. Some of the pertinent facts as set forth in the Mortensen opinion are as follows:

1) Thomas Mortensen was previously engaged in a contentious divorce, which, in a 2004 post-divorce motion to impose child support, he stated had “saddled him with debt” and caused him “financial carnage;”

2) Mortensen, an Alaska resident, established an Alaska asset protection trust in February 2005. He transferred real property situated in Alaska to the trust on the date of formation;

3) An express purpose of the trust was “maximize the protection of the trust estate or estates from creditors’ claims of the Grantor or any beneficiary;”

4) After continued financial struggle and a period of illness, Mortensen filed for Chapter 7 bankruptcy protection in August 2009;

5) It was determined that Mortensen was indeed solvent at the time he established the trusts.

Next, it is critical to understand that there are two sets of laws that debtors must be cognizant of when engaged in asset protection 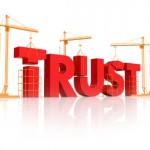 planning – state and federal. Most states are governed by the Uniform Fraudulent Transfer Act, which provides for a 4-year “lookback.” This means that any transfer within four years of filing for bankruptcy can be voided if it is determined to be a fraudulent conveyance. However, also applicable is the recently enacted Bankruptcy Abuse Protection and Consumer Protection Act, which provides for a 10-year lookback in certain instances. As this case demonstrates, when in a federal bankruptcy proceeding, this law is of concern.

If the Alaska state law were to apply only, then Mortensen would quite likely have succeeded in his trust structure. His bankruptcy filing occurred in excess of four years after the transfer. Being outside the lookback provisions in the statute, the transfer would not likely have been voided. The suspicion of the author is that Mortensen was thinking only of the state law when he decided to file for bankruptcy, and waited to a point in time in excess of 4 years when he thought he was, in effect, in the clear.

However, given the nature of the proceeding, it was actually the longer federal 10-year lookback that was applicable. Written as a response to the proliferating self-settled asset protection trust statutes among the states, Section 548(e)(1) of the new Bankruptcy Act provides:

(A) such transfer was made to a self-settled trust or similar device;

(B) such transfer was by the debtor;

(C) the debtor is a beneficiary of such trust or similar device; and

Analyzing the facts of Mortensen, the judge determined that all four of the requirements above were met, and therefore voided the transfer.

The requirement at issue was (D) above and whether or not the debtor had the requisite actual intent to commit a fraudulent conveyance. Given that the express terms of the trusts stated that the purpose was “to maximize the protection of the trust estate or estates from the claims of creditors,” the court concluded that the “expressed intention to protect assets placed into a self-settled trust from a beneficiary’s potential future creditors can be evidence of an intent to defraud.” Note that this conclusion applies on a federal basis irrespective of state law to the contrary and irrespective of the solvency of the debtor at the time the trust was established. The court also highlighted Mortensen’s express admissions of excessive debt and financial carnage in his previous child support motions to further reinforce the evidence of actual intent to hinder or delay creditors.

In the end, the generous state laws of Alaska were not helpful to Mortensen since it was the federal Bankruptcy Act that controlled. And although Mortensen was found to be solvent when he formed his trust, only actual intent is relevant for purposes of the ten-year lookback. Based on the facts, it is difficult to challenge the ruling of the court. However, a few observations should be made before we write off self-settled asset protection trusts:

1) Mortensen drafted his own trust from a form with little input from a qualified asset protection attorney – he may have ultimately gotten what he paid for.

2) It is usually very difficult to prove actual intent to commit a fraudulent conveyance. The debtor here made it very easy for the court by expressly stating in the document that the intent was to protect assets from creditors. This is, of course, ill-advised. It is always best cite the valid and applicable non-asset protection reasons for establishing any structure with asset protection benefits. Properly structured, there should not have been any evidence of such actual intent in this case.

3) Had state law applied, the outcome would most likely have been different. Alaska property held in an Alaska trust, with Alaskan litigants, in the Alaska courts, governed by the Alaska statute, would most likely follow the Alaska rules quite reliably. But, as this case demonstrates, when it comes to bankruptcy, one needs to plan for both state and federal law.

No, not at all. One must plan carefully, with good counsel, and with a structure intended to satisfy both state and federal applicable law. This case fails only because a fraudulent conveyance was committed under the applicable federal law. If no fraudulent conveyance were found to have taken place, then this Alaska asset protection trust would most likely have been upheld in its entirety (because it was an Alaskan defendant and plaintiff where the property in question was also located in Alaska) . Whether dealing with a domestic or a foreign asset protection trust, a fraudulent conveyance will prove to be fatal to the structure, and rightfully so.