Home The Olmstead Case – Not the Death of Single-Member LLCs 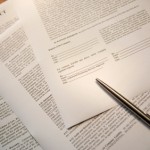 In the recent case of Olmstead v. Federal Trade Commission , the Supreme Court of Florida sent a second wave of hysteria through the limited liability company (“LLC”) planning community by disregarding the charging order protection in the case of a single-member LLC (“SMLLC”). This has resulted in the ringing of the death knell by multiple practitioners of SMLLC planning altogether. Such a conclusion is premature and overreactive at this point in the evolution of the SMLLC.LLCs and Charging Orders.

LLCs have been in the mainstream for approximately twenty years now and have become the favored tool of most practitioners for both corporate and estate planning purposes. The highly-touted asset protection benefit of the LLC is the protection afforded by what is known as a “charging order.”If enforced by a court as intended, an effective charging order will prevent a creditor of an LLC member from reaching the assets of the LLC. Instead, the charging order provides a mechanism whereby the creditor “steps into the economic shoes” of the debtor-member and will receive future profits allocated to such member until such time as the judgment is satisfied. The elegance of the charging order is that there is no requirement for the LLC to actually distribute such profits; by stepping into the “economic shoes” only, the creditor has no right to control, vote, participate, or otherwise compel such profit distributions. Therefore, a charging order holding creditor may be faced with the prospect of never actually collecting anything.

To make matters worse, it is argued by many, and is thus far unsettled, that the charging order holder can be forced to pay the taxes associated with the membership interest so charged – even if no distributions are made. In short, a charging order is a remedy that may actually hinder debt collection by a plaintiff.

Charging orders are not new and are not unique to LLCs. The charging order was first introduced as a judicial remedy for limited partnerships (“LPs”). Unlike LLCs, LPs require at least two partners. The original intent of the charging order remedy in the LP context was to protect one partner from the claims of creditors against another partner. It stands to reason that the creditor of a partner should not be able to adversely impact the LP or the other partners where neither is involved with the claim filed by the creditor.

With the advent of the LLC, the clear favorite in entity planning, some states took the opportunity to draft express provisions regarding charging orders and their application to LLCs. In preferred states, such as Alaska, the law provides that charging order is the exclusive remedy of a creditor.

SMLLCs and the Charging Order Dilemma

As LLCs developed, states introduced the concept of the SMLLC, making the LLC available in instances where an LP may not be. The SMLLC has been widely accepted since it provides liability protections while also being fully disregarded for tax purposes (no additional tax filings necessary). The open issue raised by the creation of the SMLLC was whether a charging order would still be granted when there were no other members for the court to protect.

The first answer to this question came out of Colorado in 2003 with the Albright case. In Albright, the Colorado court interpreted the Colorado statute and determined that the charging order protections were not available in the context of the SMLLC at issue. This result was the first shockwave for practitioners and has led many to proclaim that SMLLCs simply do not work.

Now with the Olmstead case coming to a similar conclusion, there is certainly additional fodder for practitioners to condemn the SMLLC. However, we must be reminded that we are at the earliest stages of evolution of the SMLLC charging order issue with a myriad of statutes and fact patterns to be reviewed in the future. This author is not yet despondent with respect to the SMLLC struggle; quite to the contrary, I see continued opportunity for their use as well as improving laws that will hopefully reverse what has happened to date.

A Different Interpretation of Olmstead

First of all, the courts in Albright and Olmstead were necessarily interpreting the LLC statute in existence at the time in their respective states. Unfortunately, neither state had a particularly compelling statute to interpret. Neither the Colorado nor the Florida LLC statute provided express language that made it clear that the charging order is the sole and exclusive remedy of an LLC.

To be clear, the Supreme Court of Florida stated that its “charging order provision establishes a nonexclusive remedial mechanism,” further stating that “there is no express provision in the statutory text providing that the charging order is the only remedy that can be utilized.”

Although others are interpreting Olmstead to mean that charging orders are not available for SMLLCs, this simply is not the case. In Florida, for any LLC, multi- or single-member, the court is not limited to a charging order as the sole remedy. And it is not surprising that the court was unwilling to accept the debtor’s argument that the charging order should be exclusive when the plain text of the statute states that it is not.

The author views the result in Olmstead as an appropriate result which will actually assist in the development of SMLLC law in the future. It is the appropriate result because the debtor was engaged in egregious fraud and the statute permitted the court to apply a remedy with more weight than the charging order. The ruling will help the SMLLC cause because it punctuated the point that the court must necessarily look to the governing statute to enforce a remedy. Olmstead is a call to practitioners and legislators that if they want charging orders to be the exclusive remedy for LLCs, and in particular SMLLCs, they must simply create and utilize legislation that says so.

As it turns out, there are a few jurisdictions that understand the call of the Olmstead and Albright courts, and have answered accordingly. States such as Alaska, Arizona, South Dakota and Nevada, each seeking to gain favor as asset protection jurisdictions, have enacted express provisions in their LLC statutes clarifying that charging orders are the exclusive remedy for a creditor of an LLC member. And in Alaska and South Dakota, the LLC act goes even further to specifically state that no other remedies are available to a court.

In addition, looking outside the United States, the Cook Islands has offered the best statute to date for SMLLCs. The Cook Islands Limited Liability Company Act is the first act for specifically incorporate SMLLCs by reference when stating that a charging order is the “exclusive remedy.”

Therefore, when planning for a client situation that will involve an SMLLC, it is critical that you choose a jurisdiction with express statutory provisions stating that the charging order is the exclusive remedy for the court. To be even more certain, this author advises the selection of a statute such as that currently in effect in the Cook Islands, where the SMLLC is specifically included by reference.

Based on the courts dicta in Olmstead, it is quite likely the result would have been different had the court been interpreting a statute similar to those in Alaska or the Cook Islands. The hope is that this case will serve as a wake-up call to legislators to improve their states’ laws if they want to compete in the LLC space in the long run.

In conclusion, Olmstead did not kill the SMLLC; rather, it directed us as to the statutory fix which is required to avoid such an outcome. Practitioners should not shy away from LLCs at all – they should simply look to jurisdictions like Alaska, South Dakota or the Cook Islands for implementation.

If you have any questions, give us a call or email to discuss your particular situation.