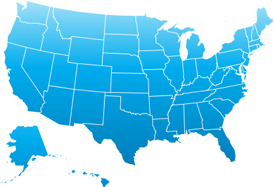 With the advent of the domestic asset protection trust (the “DAPT”), and its moderate growth in the United States over the last decade, the DAPT is being given due consideration in planning discussions with high net worth clients in the states. For those who have been a bit skittish about implementing any kind of “offshore” structure, the DAPT seemingly presents the perfect alternative. But does it?

While it is not yet known if DAPTs will actually work, there are five principal concerns that clients should understand before blindly implementing a DAPT:

2) application of the Full Faith and Credit Clause of the Constitution;

3) the carve-outs provided in the DAPT statutory exceptions;

4) the differing legal standards applied; and

5) the overriding governance of U.S. law.

One of the difficulties in the United States is the fact that each state has its own body of law. Therefore, in any case involving a fact pattern in which the parties, the conduct, or the assets are from different states, the first challenge for the courts is to decide which state’s law should control. This is not an easy task, or one with a certainty of outcome.

If all parties to the suit were from Alaska, the damaging conduct in question took place in Alaska, the assets were in an Alaskan DAPT, and the suit was being brought in the Alaskan courts, then there is indeed a strong likelihood that the laws governing the Alaskan DAPT will be upheld. With each component of the suit being wholly intrastate, there is little to no room for conflict.

However, most lawsuits are not that simple. For example, most people with Alaskan DAPTs are not from Alaska. And many plaintiffs and defendants are from different states themselves. It is more typical that a plaintiff is from State A, the defendant from State B, the conduct perhaps taking place in State C, and the DAPT in State D. This is called diversity; and when there is such diversity, the court has the unenviable challenge of deciding which state’s law is most appropriate to use to determine the outcome of the case.

This is what the lawyers fight over at the outset – and usually extensively, as they each try to apply the state’s law that is most favorable to their opposing views in the case. While it is impossible to predict which law the court will ultimately choose, as that decision is necessarily fact-specific, the laws of State D (the DAPT state) are quite likely to be viewed as the least relevant to the circumstances. So, State D is probably not the “frontrunner” in this context.

Moreover, since only 14 states have DAPT statutes at the moment, it most likely that States A, B, and C are states in which DAPTs are actually expressly prohibited as being against public policy. In a conflict of law analysis, it is difficult to envision any judge in a non-DAPT state agreeing to apply the laws of the DAPT state. Therefore, the conflict of law analysis alone creates enough uncertainty with DAPTs that many practitioners advise against them.

Once the conflict of law analysis has been resolved, and a judgment has been rendered, enforcement of the judgment becomes the next challenge. In order for the states of the union to coexist with some sense of order and respect for each other’s laws, the Constitution established the Full Faith and Credit Clause. In short, State A must respect the legal judgments from a court of competent jurisdiction in State B. This is necessary if “sovereignty” is to mean anything at all.

However, what happens when State A holds that DAPTs are against public policy and State B holds that they are valid? If the judgment comes from State A, is State B obligated to give deference and enforce? Some argue “yes,” and some argue “no.”

One key element of the Full Faith and Credit Clause that is often overlooked is that the judgment must be from a court of competent jurisdiction. If the court from State A has no jurisdiction over the DAPT trust company in State B (which, hopefully, the trust company is wise enough to stay completely out of non-DAPT states such as State A), will the court even have the right to demand such deference?  Again, a question that begets additional questions at this point, and therefore creates more uncertainty.

If the conflict of law analysis and the Full Faith and Credit Clause are ultimately resolved in a defendant’s favor, the statute of the DAPT state itself creates another set of problems and uncertainties. In short, the exceptions to the DAPT statutory protections, in many cases, will render the DAPT useless.

Unlike their offshore counterparts, most DAPT statutes have some “uncomfortable” carve-outs. With both OAPTs and DAPTs, any fraudulent conveyance to the trust will be held invalid and the assets can (and should be) returned to the creditors. However, DAPTs do not stop there. Depending on the state involved, the DAPTs statutes allow for creditors to invade the trust to pay out claims related to:

Since these exceptions may, in the end, serve to “swallow the rule,” many view DAPTs as strong only in name but not in substance.

Of critical importance are the variances in the legal standards that are applied when a court is making determinations with respect to a DAPT or OAPT. In many cases, these legal nuances may make the entire difference in the outcome of a case.

Key differences in the legal standards applied are:

This last point, the prohibition of contingency fee arrangements, may perhaps present one of the more significant differences between the offshore and U.S. systems.

Finally, perhaps the greatest deficiency of DAPTs is, quite simply, that they are necessarily governed by U.S. law. The DAPT fails to achieve the jurisdictional separation required to fully protect the asset from the caprices of the U.S. court system. As long as the DAPT is governed by U.S. law, it will have vulnerabilities that are not present offshore. It is perhaps this certainty, of U.S. governance that creates the greatest uncertainty in the end.

To be clear, for those who are not ready to make the cognitive leap offshore, then a DAPT is absolutely better than nothing.  Due to the uncertainty described above, the plaintiff will be expending significant dollars to litigate in unchartered territory, and litigation risk can often provide ample deterrence.  However, for those who can embrace a more global planning structure, the OAPT remains the stronger of the two options.

Is there a DING knocking at your client’s door?

Is it Time to Form Your Own Insurance Company?