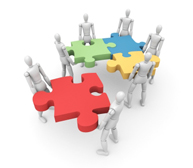 “Listed” transactions are those the IRS believes have a higher potential for tax avoidance. Listing a transaction is significant because it requires participating taxpayers to file a special form disclosing and highlighting the transaction to the IRS.  Advisors are also required to file certain disclosure forms with the IRS and keep detailed lists of participating taxpayers. A failure to disclose a listed transaction may carry a variety of consequences, including severe penalties and an increased statute of limitations.

The GST is a tax on property transfers, direct or indirect, from a donee to a person that is more than one generation below the donee’s generation. The GST can be more significant than either of its two tax cousins, the estate or gift tax, as annual exclusions are often not available to reduce the tax for smaller annual transfers resulting in taxation from the first dollar transferred.  Furthermore, the tax rate on GST taxable transactions is a flat rate, which is the highest estate tax unlike the graduated rates that apply to estate and gift tax transfers.  The GST is often overlooked in wealth transfer planning as advisors usually focus on the better known estate and gift tax but GST transfers often occur.   Common transfers subject to the GST include gifts of cash to grandchildren and transfers made to certain trusts that may benefit grandchildren or more remote persons.

The final regulations are effective for transactions entered into on or after November 14, 2011.  However, the IRS has yet to “list” its first transaction involving the GST or to give an indication if there will be any limits on its ability, exercisable in its sole discretion, to list GST transactions. Planning and implementing transactions now may avoid any future listed transaction disclosure requirements if the IRS subsequently lists the transaction.

Additionally, repeated calls in Congress and by President Obama continue from the last few years to today urging a 90-year limitation on GST reduction planning (current planning allows transactions to be fully exempt from the GST into perpetuity).  Finally, the GST exemption amount is currently $5 million dollars per donee, a record amount, which is scheduled to expire in a year and to revert to approximately $1,400,000 after an inflation adjustment but which may be cut back or eliminated earlier as a means of partially closing the nation’s budget deficit. All of these factors suggest that taxpayers strongly consider GST planning today in what may be the most favorable GST planning environment this generation or the next will ever see.